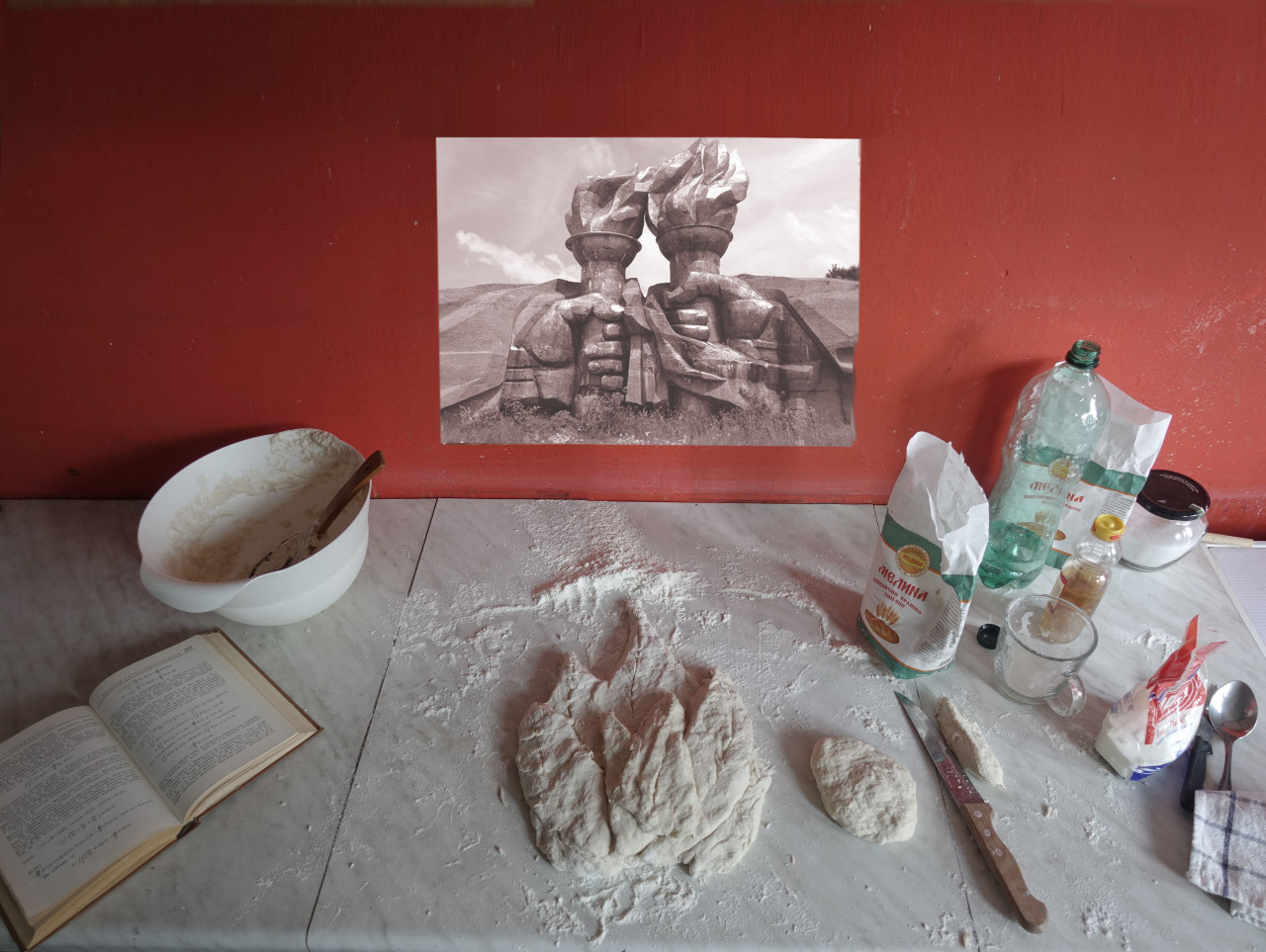 If we accept as true the metaphor proposed by Nicolas Bourriaud in his book "Postproduction" (2002) to look at the contemporary artist as a DJ mixing samples of reality and human culture - past and present, then Nicos Charalambidis is a virtuoso visual DJ with surprising combinations and bold iconographic scratching. His inexhaustible imagination mixes two main reference arrays, two giant counterpoints - tradition and modernity, in all their dimensions and figurative transformations, from a way of life, culture, art, politics, design, and anything that can test the viewer's ability to decode one paradoxical world that is both familiar and absurd, deceiving with recognizable archetypes, but often with an inverted hierarchy, temporal parallaxes and unexpected twists.

For his presentation at ICA-Sofia, Nicos has adapted his popular projects, as well as works created entirely for the exhibition and the Bulgarian context. In fact, the artist always wants his works to be buried in the local situation and to communicate with the local manifestations of the counterpoints described above and the tensions hidden in them. All attributes of the tradition, with the specifics of the everyday cultural references are local Bulgarian mixed with iconic images of a supranational modernity.

The whole multi-layered, cultural-historical charade that Nicos creates from samples of new and old materialized in powerful, absurd, but visually stable objects and collages in the end perhaps imperceptibly leads us to Bruno Latour's thesis that “We have never been modern” because of the compromises with being, because of the refusal to recognize the hybrid wholes in which we exist anyway, and perhaps because as human beings we cannot live in pure, utopian structures even though we are constantly striving towards them.

Since his very early projects in the late eighties, Nicos Charalambidis' artistic practice, has been focused on social engagement and political interventions in public sphere, mainly in war territories, buffer zones and contested areas all over the world. One of the most characteristic antimilitaristic interventions of the artist has been presented in Sao Paolo Biennale 2006: “How to Live Together”. After a painstaking, insistent and often painful process of negotiating with the local forces of the United Nations and the Cypriot authority, Charalambidis had eventually accomplished to dismantle three barrel barricades, main parts of the dividing wall in Cyprus, in order to construct with the barrels his emblematic installations in Sao Paolo. Since then, those dismantled barricades are the permitted entrance to the other part of the island, after a passport control. The artist’s persisting struggle for coexistence is what dominantly reflected also in the current, “TWO CHAIRS PROJECT”.

Nicos Charalambidis was born in Cyprus in 1969, yet he grew up in New York, where his family found a refuge, after the Turkish occupation of the north portion of the island in 1974. Since the late eighties, Charalambidis’ large scale installations, articulated by dismantled structural elements of his home, (such as the glass facades, windows and doors, pieces of the roof and the floor, etc.) have been developed as, politically charged, platforms of interdisciplinary cooperation, activating abandon spaces and vacant buildings in buffer zones and contested areas all over the world. Ahead of the artistic tendencies of that time, his radical performances and interventions in Cyprus’ Green Line and the parallel multilayered actions in other war zones and contested areas in Lebanon, Palestine, Syria, Ireland and Gaza, risking in some occasions literally his life, have been, over the years, a benchmark, providing an innovating archetypical model of activism to the younger generation of artists. One of his recent subversive platforms of collaborative projects, is the Philoxenia Campus, which concentrates on the refugee and other sociopolitical problems, raising public awareness on these issues. The first version of this collaborative practice, the Rambling or Rumbling Museum, founded in 1994 and extensively presented in Venice Biennale 2003, was actually the transformation of his own house itself, into a public and multi-functional mechanism that reflecting the loss of his family home in the occupied Cyprus, was drawing inspiration from his life as an emigrant and his experiences as a refugee. Focusing on similar themes, context and connotations between home and homeland, the Hollow Airport Museum, it is also another series of collaborative platforms, that take the form of an emblematic Art School, housed at the abandoned International Airport of Nicosia within the UN-controlled area in Cyprus,(Green Line). Hollow Airport Museum (H.A.M), aims to play the role of an educational, intellectual center, a meeting point that brings together artists form the Eastern Mediterranean countries, such as Syria, Israel, Palestine, Egypt or Lebanon. This geopolitically tense area, suffering from ongoing conflicts and wars, finds under the name of Ham, son of Noah and ancestor of these nations, an educational refuge and a Hestia of artistic activities in the form of the Ancient Greek “Museion”. In 2010, Charalambidis founded the White House Biennial, which was internationally, the first digital form of Biennial.

The part of the protagonist in the exhibition is played by Martin Penev.
Many thanks to Martian Tabakov and Martin Penev without whose precious collaboration this project would not have been possible.