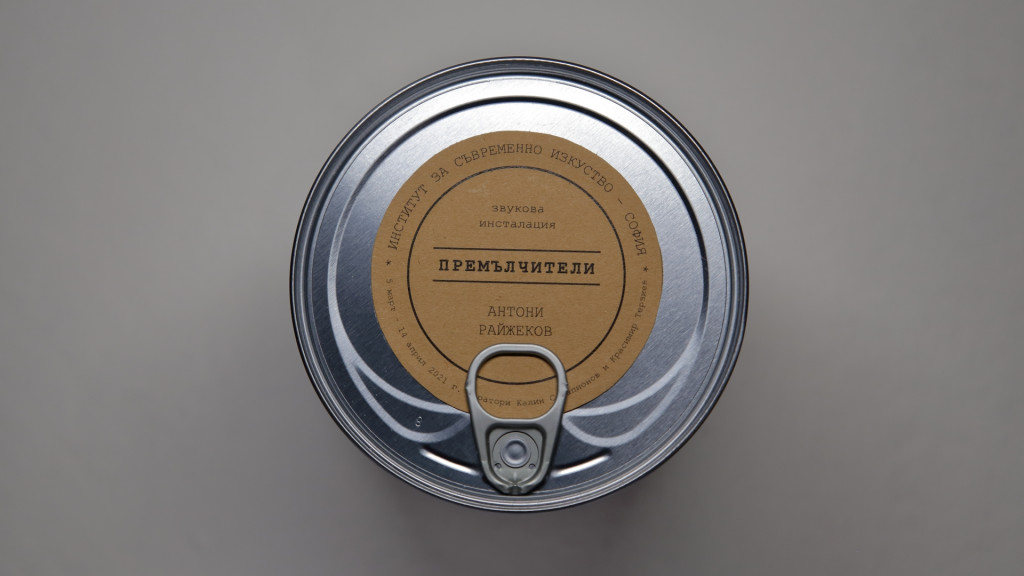 Antoni Rayzhekov is one of the few authors in the visual arts of Bulgaria who has focused his work on sound. Yes, in addition to the various traditional techniques for creating images, sound - quite sensually and spatially, is able to evoke images, scenes, and landscapes in a way no less impactful than the visual image. The format of the audio installation with many synchronized audio sources offers complete immersion of the body in the acoustic space located somewhere between the virtual and the material.

The sound installation “The Evasive Choir” creates a kind of “a chorus of the muffled”, which covers an important period in the recent past of Bulgaria. 30 open tincans contain speakers that reproduce processed interviews of key figures from the political and public life in Bulgaria since 1989. The interviews were digitally processed, removing the spoken words and leaving only the exclamations, the sighs, the inarticulate sounds of discomfort or those suggesting silence. All voices sound at the same time, keeping the length of the conversation - with the interlocutor, with each other, and with the audience in the exhibition.

Antoni Rayzhekov chooses to work with a particularly impactful segment of the sound spectrum - the human voice. We usually associate the voice with speech, with utterance, with communication. In this exhibition, however, we encounter the voice before, between, and beyond language in order to discover the depths of the unspoken, the silenced, the not-to-be-spoken, or that which is impossible to be voiced out. Just as anthropologists dig into the waste of cities to reveal to us all those repressed aspects of our way of life that we are not prepared to admit and acknowledge, the artist is digging into the remnants of speech with the conviction that they can tell us more about the interior and exterior conditions of public speaking than the content of language.

In a direct way, the author states: The work simultaneously archives and exposes the process of passing over in silence thus setting it as one of the possible reasons for the condition of society, as well as a metaphor for the inherited silence, atrophied public media and the difficulty of democratic processes happening without overcoming such a specific kind of “national silence”.

Antoni Rayzhekov is an interdisciplinary artist born in Sofia, 1980 and living between Vienna and Sofia. He is  working at the border between the performing, sound and visual arts. He studied theater directing and acting at the National Theater and Film Academy – Sofia, Jazz Music Improvisation at the Vienna Konservatorium and Informational Technologies - as a vocational training at the LearningTree, London.

Since 2011 Antoni is Associate Professor of Experimental Media at the Department of Media and Digital Technologies at the University of Applied Sciences in St. Pölten (Austria), and since 2016 he is a Guest-Lecturer in Digital Arts at the National Academy of Arts, Sofia, where he is currently also a postgraduate student.