THE IMAGE IS NO LONGER AVAILABLE 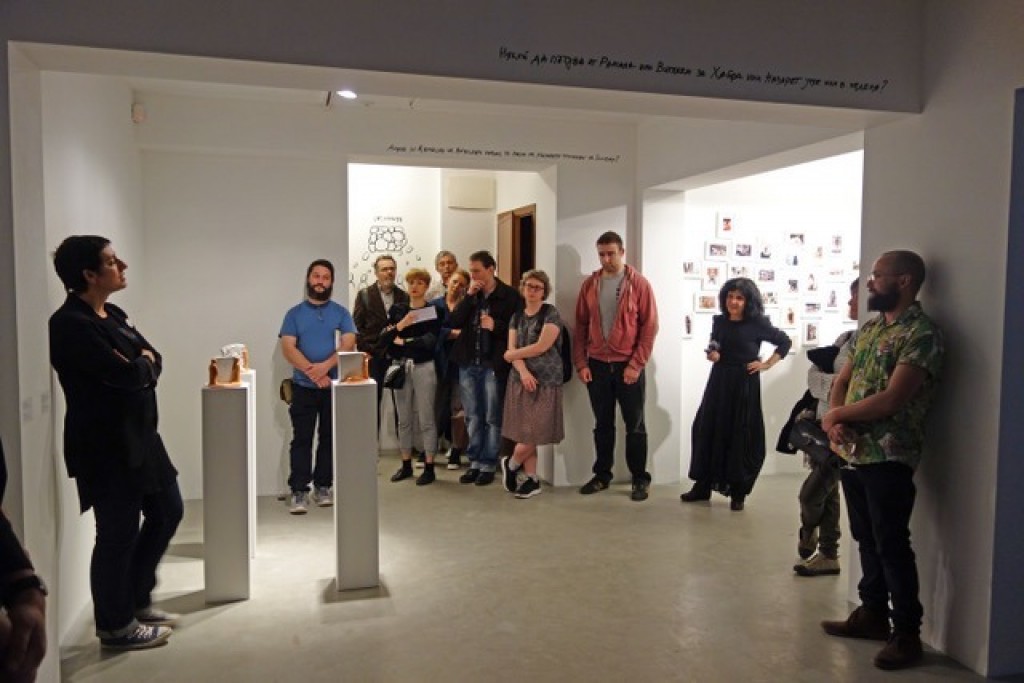 “The image is no longer available” aims to investigate the relations between the contemporary artist and the visual environment. Very often artists are working with preexisting images found on the Internet or captured in their immediate surroundings and everyday lives by chance. The ways in which they interpret the found images, assimilate them or just repurpose them is the basis of the creative process. This is also where a lot of questions come to the fore. When the moment does come and an image is transformed into a work of art? What is its autonomous existence from there on? In this sense “The image is no longer available” is a very “artists’” show. It is focused on the primary object of visual art; it pays attention to the image. How is our attitude towards the image changed depending on the context of the fast evolving visual, cultural, political and social environment where we live now? Do we understand sufficiently well the visual information that reaches us? How the virtual world we inhabit is influencing the art of today with its endless flow of images?
The ICA-Sofia Gallery is hosting the works of four artists who engage with the metamorphosis of the image in completely different ways. In “Quest/Question (to EJ)”, 2017 Luchezar Boyadjiev has hand-written a text (in Bulgarian and English) on two of the gallery’s cross beams. He picked up the text from a friend’s Facebook posting. The image is of a disappearing land; it is triggered by mentioning the names of cities from the historical and political reality of Palestine and Israel. From behind the marker-written texts come forward complex stories with ancient and yet contemporary urgency but always tinged by the sense of loss of a concrete place and time. Meanwhile, Pravdoliub Ivanov is straight forward using his visual archive of found imagery. These are files downloaded from websites offering paid love. Without any editing or interference, the collected group of images demonstrates that real life is often way beyond even the wildest projections of the artistic imaginations. In her video installation “Mens Momentanea”, 2017 Kalina Dimitrova is building up the image of a walk along the streets of Sofia. The visual narrative is composed of hundreds of single moments from the human existence. Samuil Stoyanov is also concentrated on the media environment in his work “What if art happens in the space between the viewer and the work?” from 2017. The three clay sculptures are a direct critique on the all encompassing, brain washing media environment. This work has a clear message, unlike his second contribution to the show – “Please, don’t touch the image!” from 2010-2017 – a gallery wall is made into an elliptical foggy mirror where the viewer can “see” her/himself or to reflect on the own image that is already turned into art.

The project is realised witth the support of the Gaudenz B. Ruf Award