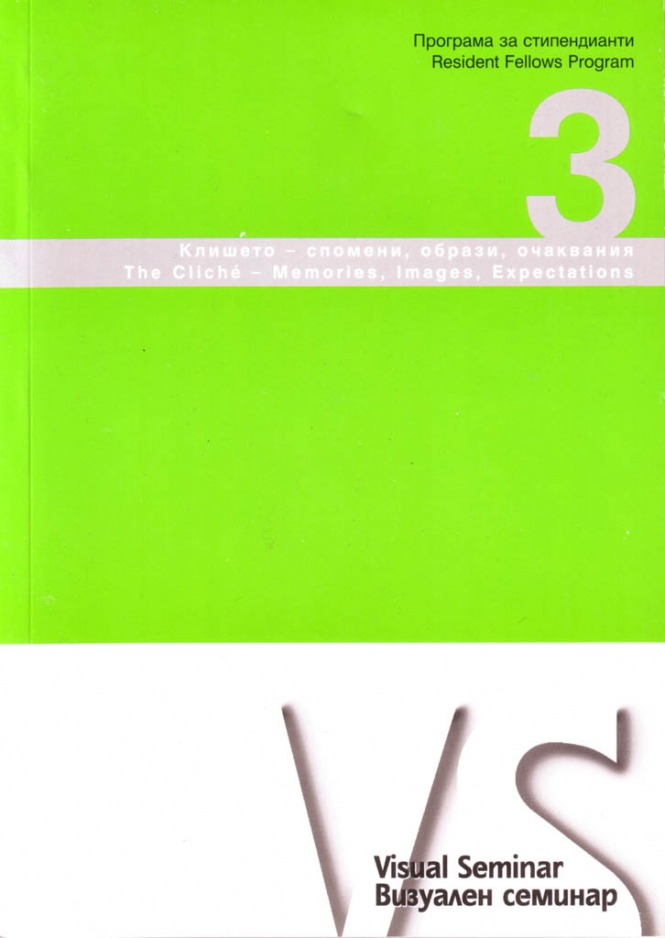 The issue covers the following projects: Georgi Gospodinov, Yana Genova "An Inventory Book of Socialism" and Boris Missirkov, Georgi Bogdanov "On the Tracks of the Bright Future", and includes texts by Kiril Prashkov and Petia Kabakchieva

The theme "Cliché as Identity" was suggested for the third stage of the Resident Fellows Program of the Visual Seminar. The theorists as well as the artists tend to see the interpretation of the cliché in the urban environment as an attractive and challenging endeavor. On their part, the identity attitudes, so often dependent on the cliché, seems to have proven during the years of transformation their ability to fluctuate from the "Balkan" to the "clearly European" in a much too wide. The combination of these two extremes probably opened the research field available to the fellows much more then expected. That forced them to transform their projects into catalogues of images striving for unattainable completeness.

As a result it was hard to put together the third book from the Resident Fellows module of the Visual Seminar. It seems that the difficulties were predestined with the vote of the Expert Board of the VS on the projects of Georgi Gospodinov/Yana Genova "Inventory Book of Socialism" and of Boris Missirkov/Georgi Bogdanov "On the Tracks of the Bright Future". Given the consensus of the voters on the relevancy of both proposals and their targeting the in-depth investigation of the Sofia cliché throughout the recent past, the visible present and the not so distant future at the end it turned out that the city in transition, the main theme of the seminar, is indeed but a segment from the very "vocal" and rich in comparative potential material collected by the fellows. Both teams of fellows ended up "reaching" Sofia after they figured out the "clichés of when one is young" that are defining the space of the city inhabitant.