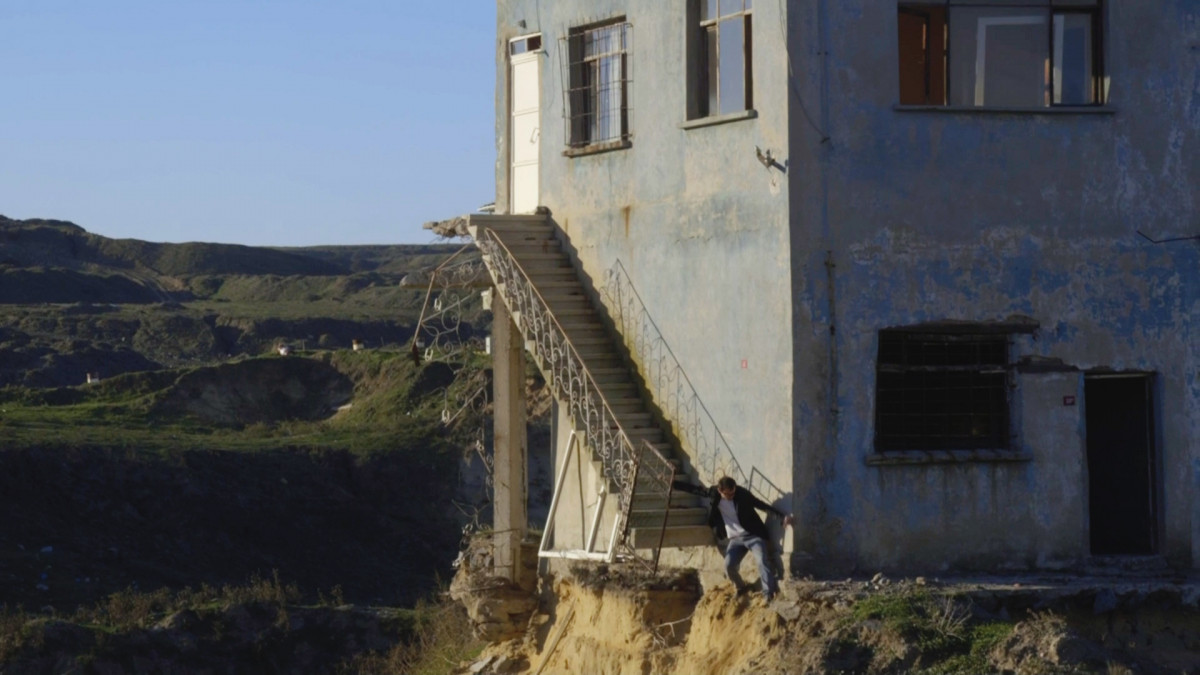 Since 2014 Turkey has been constructing its third international airport. Istanbul New Airport was planned to be the world's largest airport in the future. The opening was scheduled for February 2018.

In the film the construction site turns into an arena of critical artistic observation and intervention. Using the old 'Karagöz' theatre in the setting of the airport and in th current political situation in Turkey allows a strong critique of power structures. Karagöz is an old Ottoman theatre which provided the possibility to make a public critique of the governing power. Today, Erdogan is pushing back Turkey ́s modernisation to 'Re-Ottomanisation'.

The revival of the abandoned Karagöz is used as a form of critique.This is happening in a double bind. It revitalises a traditional Ottoman technique of critique to criticise the current re-Ottomanisation in Turkey. The film ends with a musical performance of the song 'Karagözlum' by the Turkish Band Zoomk Ru Tu. The song is an adaptation of the popular Turkish singer Seda Sayan ́s song 'Karagözlum'. The original song was adapted to the content of the film (parts of the interviews flowed into the lyrics.) and reinterpreted musically.

New Istanbul Airport is one of Turkey’s most controversial projects in recent times for a number of reasons. Firstly, there are problems with the area’s ground, because of its instability. Secondly, the airport’s potential environmental impact on the surrounding nature. Thirdly, there is no need for a another airport as Atatürk is big enough for current needs. The new airport is located in the Northern Forest Area, which is of huge importance for Istanbul’s ecological sustainability. The movie shows the construction site of the New Istanbul Dream from a critical perspective. Documentary and staged sequences are mixed. The main issue of the video is the conflict between Erdogan ́s 'mega-project' and its impact on nature and on the villagers living around the future airport