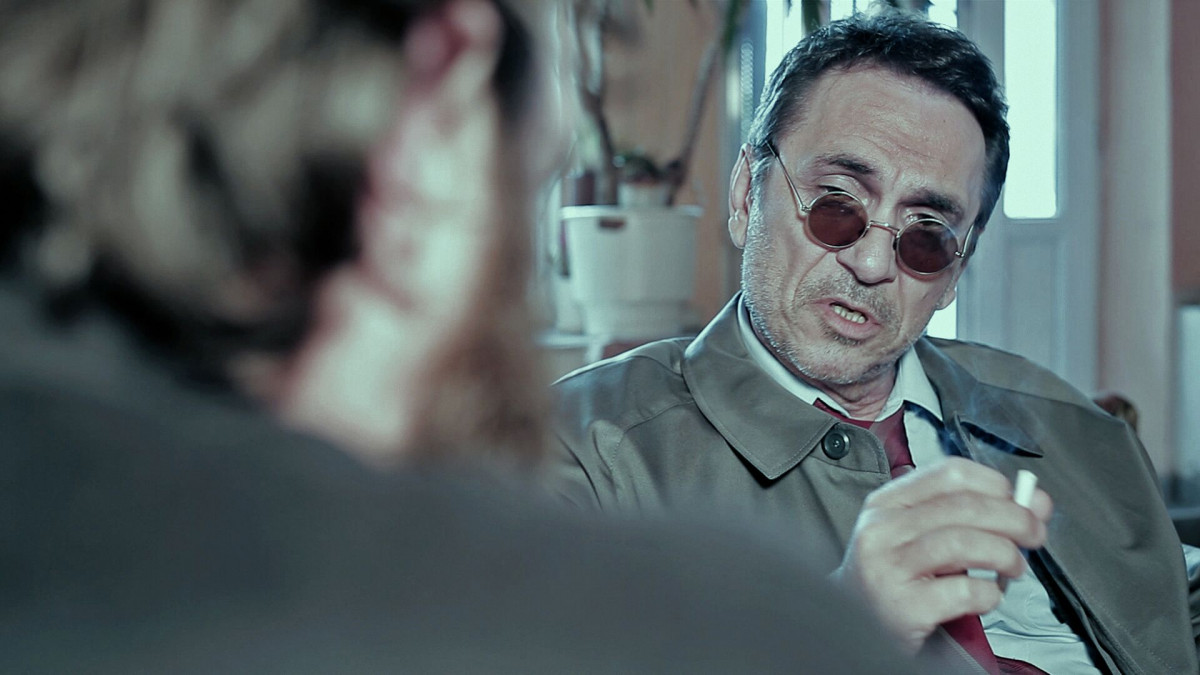 "Everything is meaningless, even in cases when the meaning is obvious! In other words: There is sense even in the most meaningless acts!"

My father (an artist)

As a story structure, this pseudo-autobiographical fiction reminds a postmodern novel: fragmented, plotless and on first view: chaotic. Individual pieces can be rearranged and each one has its own life. In terms of genre, the film stands on the border between pseudo-documentary, dark comedy, punk (as an attitude) and video-art.The movie uses the expressive means of a documentary film, however, it is not a documentary, and it even contains some phantasmagorical and sci-fi elements and criminal moments, which it skillfully combines with grotesque animation and poetic visual language. It aims to bring to life the author's understanding regarding art and his innovative position of a man, who works with the moving image, of a film-maker. About the story in the film, my friends said that I gave this story to the audience on homeopathic pieces.

But anyway, here it is the long synopsis:
The story runs mainly in a hypothetical Balkan country where the communistic regime collapsed at the end of the 1980s, but after a few decades it “reincarnated” itself making a contra-revolution. So, more or less, the movie is about the post-communistic mentality, despite the fact that the main characters travel a lot around the globe." My Heart Is an Octopus or My Father on the Shore of Black Sea" examines the problems of the lost- in-the-transition generation through the eyes of one of its representatives, but it also touches problems common to all mankind. The main character (middle-aged man) is an immigrant, who comes from a hypothetical Balkan country, where he has returned illegally to make a documentary about his father (known but forgotten artist from the recent past), and he returned illegally because in his youth he was involved in a bank robbery. All his life, the son has passionately defended his own artistic and creative position, buthe has not reached the popularity and success of his parent, and, at the same time, he failed to find his place in society and to cope with the chaos in his personal life. His voice (behind the characters, voiceover) leads the narrative as a series of comments over the memories for his father by means of which he unobtrusively sets out his understanding of life, art and death. At the same time, he also presents a personal reading of history from the end of the 20th and early 21st century. Likewise, delicately, but slightly ironically, the story juxtaposes the life of the father with his son's life and presents their relationships, acquainting us with them through the prism of different cultures and temporal contexts.