THE LIVING TOGETHER AND ITS ENTAGLEMENTS 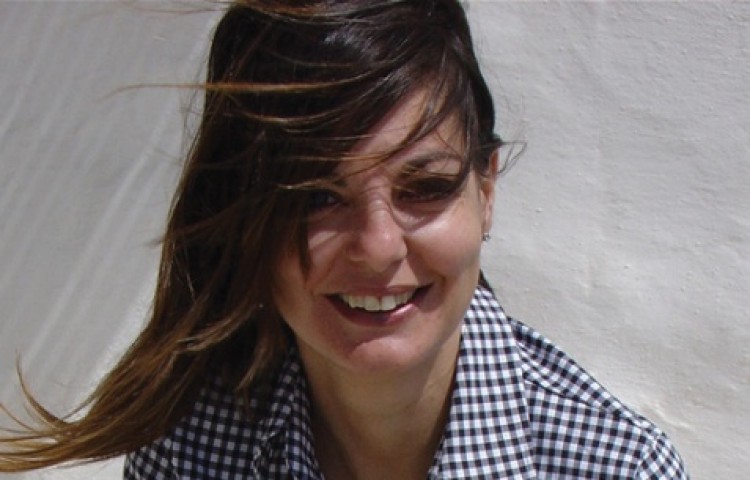 A public talk by Marina Fokidis

In her talk Marina Fokidis will present her curatorial practice in both Greece and large-scale international projects, with the motivation, legitimation, the choices and decisions related to the complex role of the curator, with the conceptualizing, composing and working with artists and spaces, with the funding, but also with the communication to the audiences. Among other projects Marina Fokidis will talk about her work before, during and after documenta 14, curated by Adam Szymczyk and team that took place in both Kassel and Athens, while triggering heated debates in the public space, in the art world and beyond.

What is space and time again?

How can we weave a common psycho- geography through various experiences and trajectories as well as active engagement and exchange between us?

How can we inhabit a place if not through the close interaction with people, their stories and realities over time?

Through examples of formation attached to exhibitions, magazines, and pirate institutions as well as to the bi-locational documenta 14, which was organized and “broadcasted” simultaneously by two cities Athens and Kassel, we will be discussing the notions of multiplicity as well as the process of “methexis” (close coexistence ) and its entanglements. The idea is to share methodologies, ways and praxes (actions) around the maintenance and reinforcement of an open fluid democratic space, which operates within fluid and flexible boundaries.

How can one describe the space, which an event, an exhibition - a biennial, or a periodical publication occupy?

Can geographical and territorial distinctions be still accurate to describe this space? Or do distinctions like these function just as pure allegories?

Does the question of local and world-wide, have any meaning in the era of digital mediation and social media?
How can one define the chronological duration of an event or a one-off exhibition or that of the periodical mega Biennials?

Does the bi-annual or five-annual succession of events have any substantial impact on the formation of the cultural imaginary (beyond that towards the touristic industries and cultural policies of each city/country)?

Even if these are constantly resurfacing as part of the exhibition-making history throughout the years, they are not redundant. As long as the artistic knowledge is largely distributed through the formation of repeated patterns, then these patterns have to be constantly discussed and re-discussed as to be adapted to the sociopolitical and geographical changes that occur within time.

Through the brief presentation of Kunsthalle Athena (pirate institution in Athens), South as A State of Mind (magazine and meeting place) and the Documenta 14 (Athens and Kassel), I would try to reflect on the aforementioned questions as well as on the speculative collapse of the distinction between the private and the public space, and even to the vanishing of the notion of space, exclusively as a physical entity, while human encounter still exists.

Marina Fokidis is a curator and writer based in Athens Greece. In 2014 she was appointed Head of the Artistic Office, Athens and curatorial advisor for documenta 14. She is the founder of Kunsthalle Athena and of South as a State of Mind, a bi-annual arts and culture magazine.

In 2011 Fokidis was one of the curators of the 3rd Thessaloniki Biennial (www.thessalonikibienniale.gr). She was also the curator of the Greek Pavilion at the 51st Venice Biennial (2003) and one of the curators of the 1st Tirana Biennial (2001). She was an adjunct curator at Art Space Pythagorion - Schwarz Foundation, where she curated solo shows with newly commissioned works by Slavs and Tatars (2013) and Nevin Aladag (2014). From 2001 to 2008 she served as the co-director of Oxymoron a non-profit organization in Athens dedicated to the promotion of contemporary visual art in Greece and on an international level.

She was a professional fellow at Akademie Schloss Solitude, an international Artist-in-Residence-program, and one of the invited fellows on the 2017 Vila–Sul, Goethe Institut residency in Salvador Bahia, Brazil.

She has been teaching in various programs including Saas Fee Summer Institute of Arts in Berlin. Starting November 2018, she will be teaching a course on site sensitivity as a process of art and exhibition making, at UDK Berlin, as part of the Prof. Nina Fisher class on Experimental Film. In July – August 2019 she will be leading a curatorial course in Salzburg International Summer Academy of Fine Arts