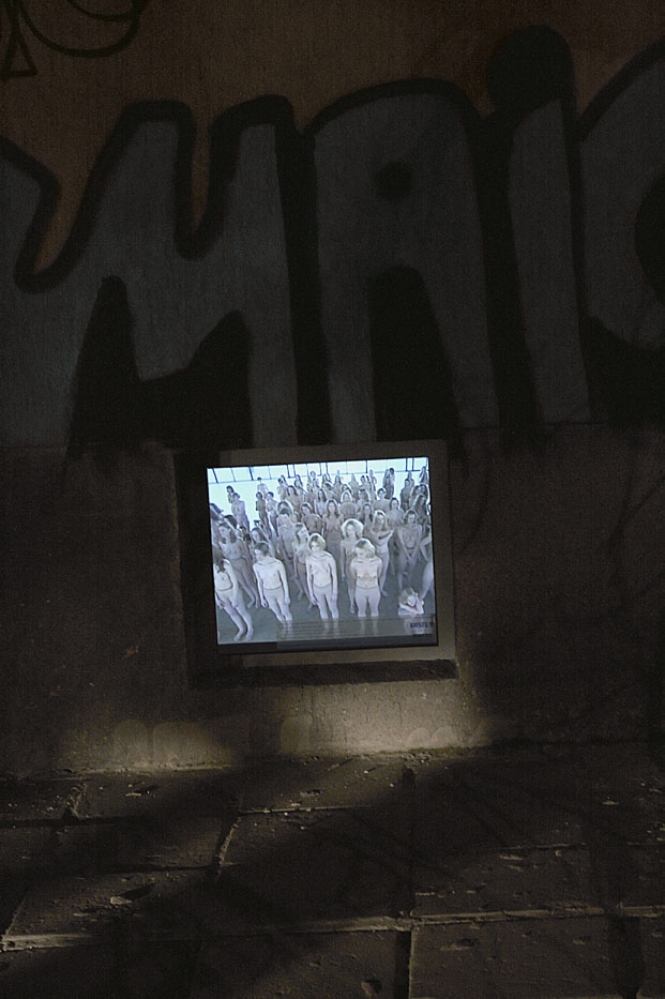 The artist (b. 1969 in Genoa, Italy, lives in New York, USA) gained world fame and recognition in the middle of the 1990ies when she started arranging “living pictures” composed of female and rarely male human figures. Dressed (or undressed) in exactly the same way, devoid of emotions these figures are placed between reality and theater; between the ancient ideal of beauty and contemporary taboo; between eroticism and infant innocence. The unique artistic language used by the artist confronts the audience with its own inhibitions, bashfulness and expectations. Each performance is created for a particular place and takes into account its political, historical or social specifics. Vanessa Beecroft’s works have an autobiographical aspect related to her persistent problems with her digestive system. Defined as a feminist as much as an abuser, the artist is always able to capture the attention of the audience with her interest in the “difference between what is expected to happen and what actually happens”.

The first video work titled vb55, Neue Nationalgalerie Berlin (April 7th, 2005, 40 min) represents the artist’s most ambitious performance so far. It involves 100 women aged between 18 and 65. Dressed only in pantyhose and coated with almond oil these bodies are standing on the stone floor of the gallery for 3 hours. Arranged in rows among the impressive marble columns supporting the steel roof of Mies van der Rohe’s landmark building, the women are composed according to their hair color – from red through yellow and to black (which is a gesture towards Germany’s national colors). The controversial reactions that such a scene triggers in the viewer are in fact defining its irresistible magnetism.

The second work titled vb61, Still Death! Darfur Still Deaf?  Sudan Performance (The fish market next to Rialto bridge, Venice June 8th, 2007, 31 min) is also a video after a performance realized last year during the Venice Biennial. 30 women from Sudan are lying down for three hours on top of a white canvas appearing like dead bodies thrown one on top of the other. Vanessa Beecroft is pouring red paint over the bodies in direct reference to the on-going atrocities in Africa and more specifically the genocide in the Darfur region of Sudan.

The two video works have been provided by Vanessa Beecroft especially for the project Crouch(klek)-Art.