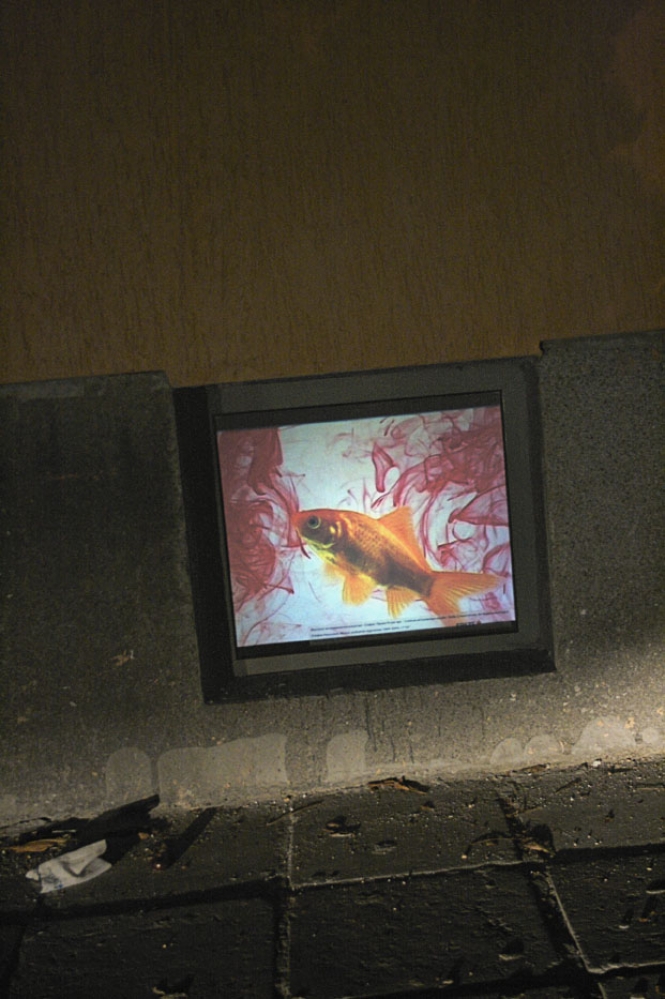 Stefan Nikolaev (b. 1970) lives in Paris where he graduated the École nationale supérieure desbeaux-arts in 1994. His artistic biography is marked by participation in numerous prestigious events around the world. Among his more recent international shows is the Bulgarian national pavilion at the 52nd La Biennale di Venezia. In 2004 Stefan Nikolaev had his first one-artist show in Bulgaria titled “Balkanton” (at the ICA-Sofia in ATA Center).

The presentation of Minouk le poisson peintre /Minouk, the Painter Fish (1994-2005) in the Klek-Art project of the ICA-Sofia starts on the same day with the opening of the artist’s one-man show titled “Prestige” in the new art gallery ARC Projects in Sofia.

The Golden Fish in the water tank keeps on swimming and spreading colored pigment in the water until the saturating color is hiding her entirely. The work of Stefan Nikolaev is a hypnotically captivating aesthetic sight where there is something for everyone – from the philosophical simplicity of minimalist painting to the ironical tricks of Fluxus as well as a distant echo from the debate on the nature of creativity and all of that blended by the media of the video.