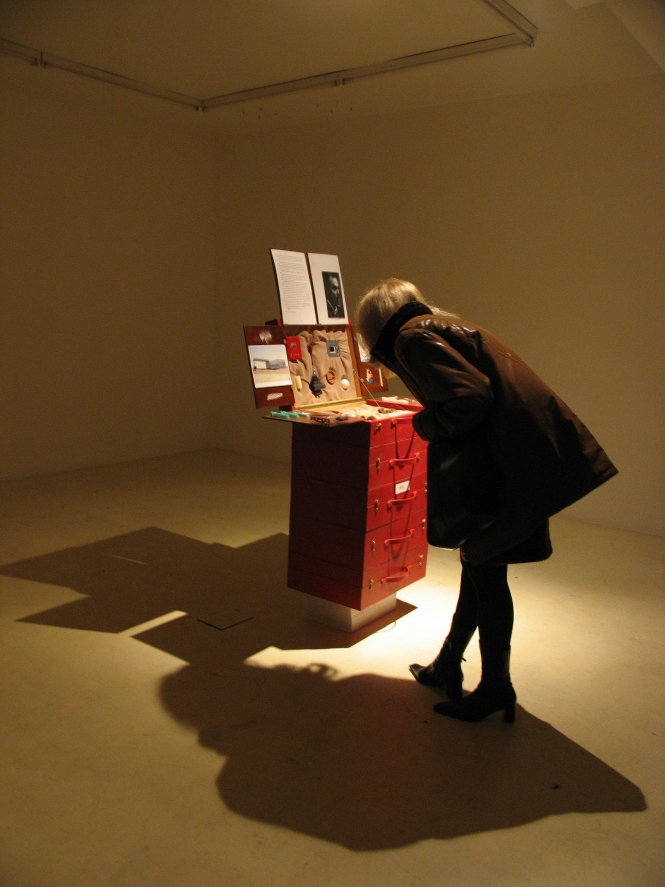 In the course of one and a half years (2003 – 2004) Ivan Moudov was “collecting” fragments from various art works from museums and galleries around Europe. Each “piece” is duly marked with the author’s name and carefully arranged in a beautiful valise, referring to Marcel Duchamp and “The Box in a Valise”. That’s how his collection travels around with him everywhere and could be shown to any willing person. That’s his portable museum and Noah’s Ark.

As the art critic Dessislava Dimova writes, “a lot has been said about artistic appropriation and authorship. When we are dealing with a work, which composed of stolen fragments from other art works that are exhibited in galleries and museums, the discourse of appropriation becomes extreme.” In fact, she goes on, the author insists on his right to show his “collection” while reminding us that it is the act of plundering indeed, which is the foundation of many art collections in the museums of Europe.

The artist is acting as a fetishist and that’s what makes his collection especially charming. Ivan Moudov is idolizing the stolen fragment, and while he is enveloping it with loving attention, he sends it back to the “museum” thus focusing its exclusive importance. Ivan Moudov’ portable museum has been exhibited in Cetinje, Berlin, Luxembourg, and Vienna. The project also refers to the debate about the missing Museum for Contemporary Art in Bulgaria while attempting to trigger public interest on the issue.
Ivan Moudov (b. 1975) is one of the most-interesting young artists in Bulgaria. Although he has graduated the National Art Academy in Sofia only in 2002, he already has an impressive CV and numerous participations in prestigious international events. He works in the field of video, photography, installation and performance.