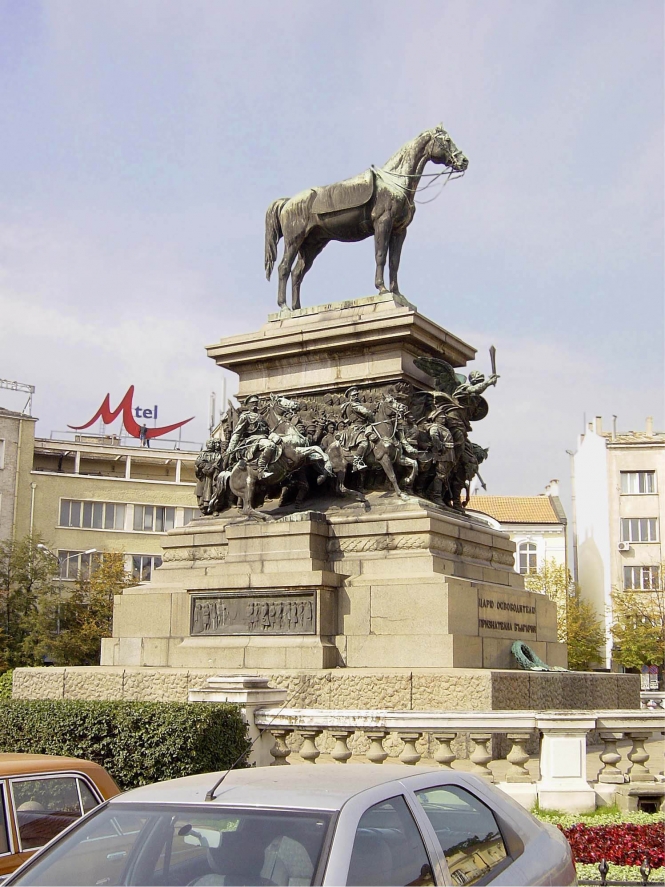 The exhibition is part of the Visual Seminar realized in partnership with relations – a project initiated by the Federal Foundation for Culture, Germany The project of Luchezar Boyadjiev is dealing with the image of Sofia through analysis of the advertisement environment that is defined by two parallel venues – the zone of the corporate logo and the zone of the neighborhood logo. The center of the city is the area of the shiny luxurious adds of the large businesses that are placed high up on the roofs of the buildings thus dominating the environment. The corporate logo is commanding visually gigantic spaces. The neighborhoods of the city as well as the center of the city as far up as the level of the human gaze, is dominated by the neighborhood logo. It is direct, positioned next to the client/city dweller, rubbing itself onto his/her body and eyes. The advertisements of the small private businesses are commanding visually spaces of up to 30-50 m in diameter and thus are a kind of visual “marking of the territory” in the neighborhoods similar to the behavior of the stray dogs in the city. Luchezar Boyadjiev is artistically challenging the environment by the replacement and the substitution of familiar elements from the urban environment. Thus, the small neighborhood announcement is placed where we expect to see the fancy add of a large corporation; the façade of the National Art Gallery (the former Royal Palace in the city center) is adorned by the huge billboard of “The Brigade of Stefan, and his sons-in-law”, a group of four Roma people who are conducting their small, family business out of the sidewalks of Macedonia Square in Sofia. In the ATA Center the artist is presenting another part of his “Visual Diary” that has been collected from the streets of Sofia for half a year. Being convinced that there is a difference between looking at the city and seeing the city, Luchezar Boyadjiev is taking analytical exploratory walks around Sofia. The logic of the project is based on the discovery and the identification of visual irregularities. For him the lowest visual common denominator of Sofia is the fact that anybody can hang up anything anywhere around the city. The digitally manipulated laundry hanging along the façade of the Parliament or under one of the windows of its newest administrative addition, the building of the former Central Committee of the Bulgarian Communist Party, looks quite realistic. Following the same logic, the artist is erasing all the city buildings supporting the thousands of advertisements and is constructing the cityscape of a street that looks like laundry as well. Luchezar Boyadjiev is trying to establish what needs to be done with this chaotic city environment. In his view, the point of convergence must be searched for in between these to visual realities – the corporate and the neighborhood ones. The mutual conjugation of the two takes place on many levels. However, the neighborhood reality is rather more authentic for the artist and for him the relevant aspect is that the life of the neighborhoods should influence the central city parts and not the other way around. The exhibition in ATA Center/Institute of Contemporary Art is presenting digital prints, documentation and video projection. The project is realized within the Visual Seminar realized in partnership with relations, a project initiated by the Federal Foundation for Culture, Germany. It is supported by the Open Society Fund Sofia, Billboard Print – Sofia, and with the kind assistance of the National Art Gallery, Sofia.