Monument to the Time Elapsed V 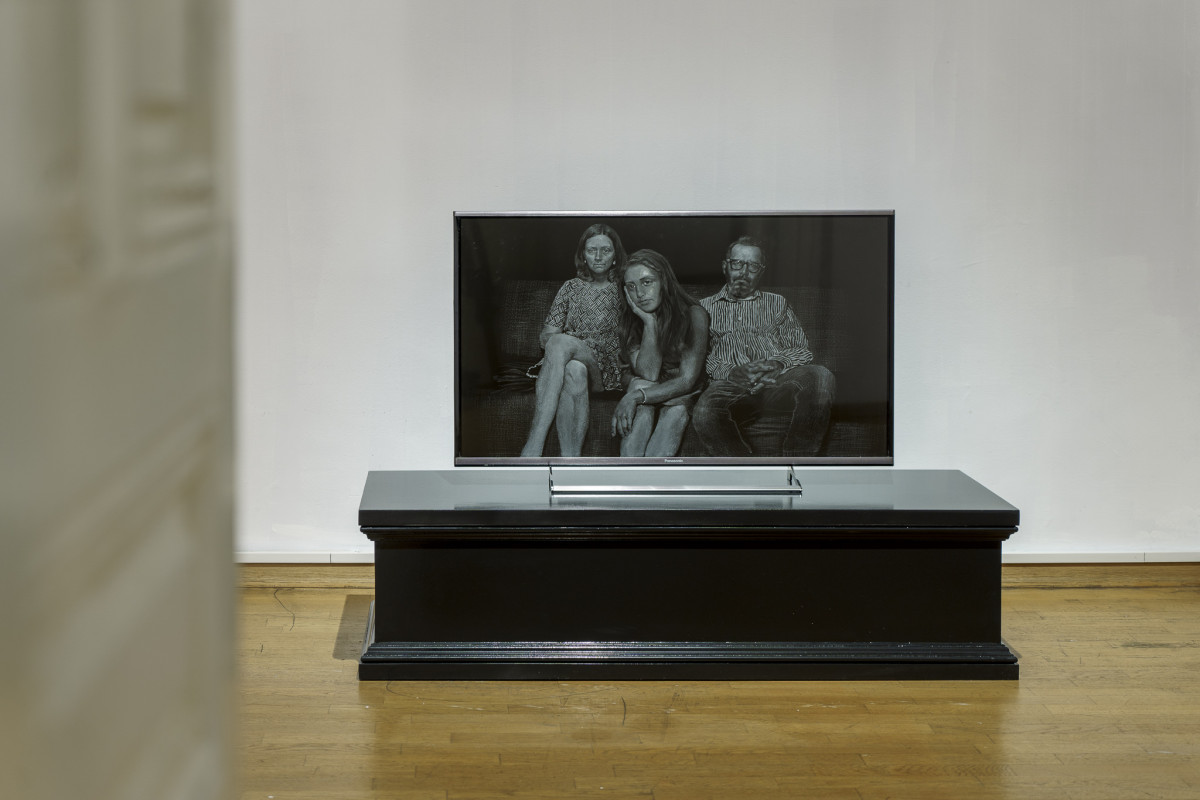 The series Monument to the Time Elapsed re-appropriates some of my no longer functional devices (laptop, tablet, TV set) in a way that is completely inappropriate for information technology gadgets. On the screen of each piece of dead equipment is engraved an image of the supposed reflection of its user. During its life every gadget displayed myriad of flickering ephemeral images, but in the end of the day the only stable image that remained on the surface is the image of the user. The black screen turns out to be a perfect surface for engraving - a technique resembling in many ways the current fashion in the design of tombstones in todays Christian Orthodox world, where the portraits (or sometimes full size figures) of the deceased are engraved on the surface of black granite stones used for the make of tombstones.

The first artwork in the series was shown in my solo exhibition Cosmopolis in 2013 at ICA-Sofia gallery, curated by Iara Boubnova.