*A YEAR WORTH OF SLIGHT INCONSISTENCIES’ / SUPERPOSITION 2: Entanglement „CATALOGUE“ LAUNCH 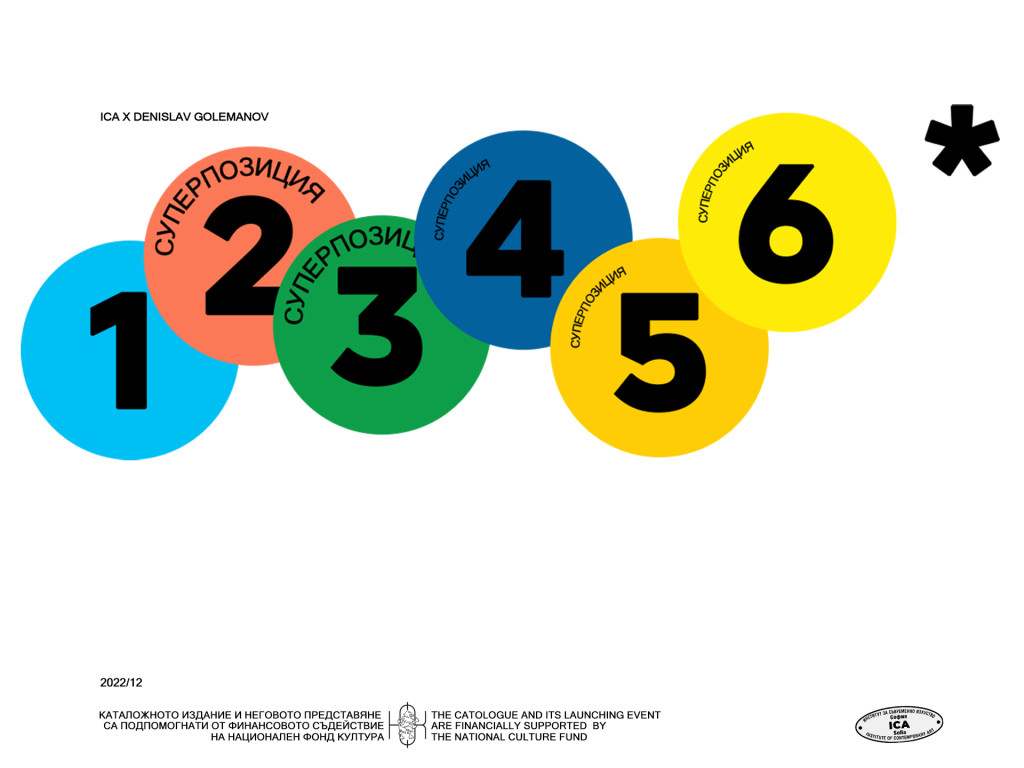 Tweet
*A YEAR WORTH OF SLIGHT INCONSISTENCIES’ / SUPERPOSITION 2: Entanglement „CATALOGUE“ LAUNCH
Dec 20, 2022
(1 day, pop-up) 6-9 pm.
ICA-Sofia Gallery / 134, Vasil Levski Blvd. (entrance from Ekzarh Yosif St.)
Time to collect all the handouts into a “catalogue”. While catalogue is not technically the right choice of a word. Superposition 2 was not about collision, rather it was the colliding itself and the movement resulted in anyone and anything that was close enough at a given moment of time, creating an arithmetical progression of reactivity. This progression consists of each individual’s input, the personal persistence which, in the case of a visitor, gets certified by the act of collecting the pages for the future publication. Without a single hint of grace, the designer of this season expects from everyone this proof for partaking into the collision.
No catalogue would cause you such inconvenience. **
A verification for attentiveness, a reference to childhood ad campaigns, this publication is also a tool that helps us look back to what has happened in the gallery space of ICA-Sofia, and what is more: how it was made. Each handout, before becoming part of the whole, was once having the very same single-source purpose that the publication will acquire. Now that this moment has passed, those handouts can be seen as a field recordings of the collisions they have served to, their specific circumstances and demands. Characteristics that are unparalleled to any of the 5 other leaflets that compose the publication.
If the gallery space is to be perceived as a constant that gets appointed to every artist-curator duo, how their process will be presented through each of the design assets is ostensibly immutable. By collecting all 6 handouts, in the efforts to follow a strict visual set of rules, in reality – a generosity in mistakes and half-baked ideas. The design for Superposition 2 does not have the complete coherence as one of its strong features and this was considered even before. Nevertheless, one can perceive those mishaps as bugs that were encapsulated in amber, a very objective and honest time capsule. I wouldn’t dare to go as far as to say that our bugs raise the publication’s value.
The handout bundle, the “catalogue”, if you may, became an objective viewer of the Superposition 2. Thus, collisions with its participations were inevitable. It had no other choice than to become a wayward portraiture of those acts.
Those “slight inconsistencies” verify the presence of the human desire for self-expression and self-excuse. ***
Written in third-person singular and some places in first-person singular by the Designer.
*A summary definition of a quantum superposition
**Ivan Moudov: “Certificate of Authenticity”, 2015
***Not sure if such thing exists
The catalogue and its launching event are financially supported by the National Culture Fund.