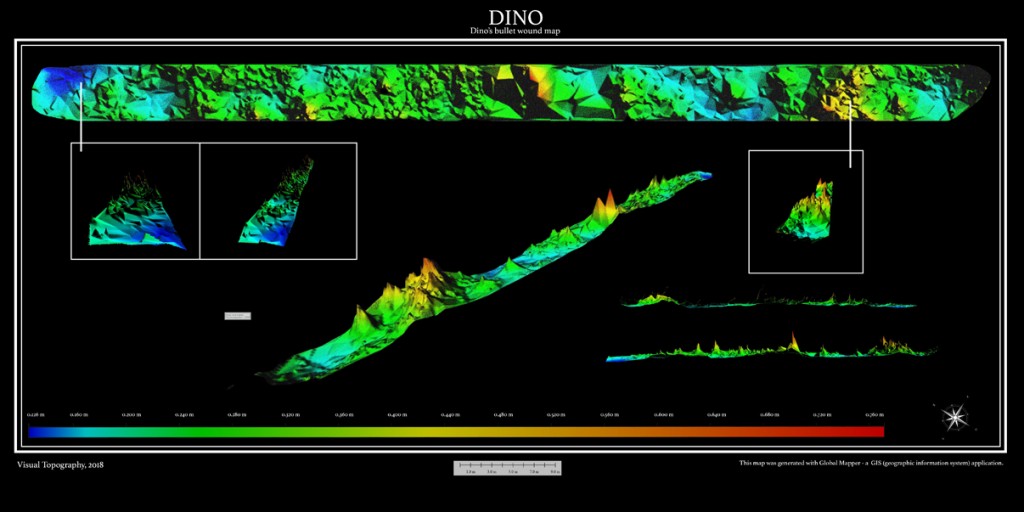 Aksiniya Peicheva’s interdisciplinary project ”Trauma Mapping” aims to explore the subject of trauma; to look for the visual traces, left by traumatic events – their projection on the body, the reaction of the organism afterwards, the way cells rearrange after what has happened.

Eventualy the product of such studies is the creation of the so-called ‘visual map’. The objects of attention are stray animals that have experienced stressful situations, while living on the streets – from fairly harmless to more serious ones, such as shooting, which have a lasting impact on their lives and sometimes are fatal. Using topography, computational geometry and hematology, these ”maps” try to grasp the depth of what has happened. Sometimes the traumatic process is the result of deliberately caused harm, sometimes its aetiology is vague, but the notion of continuing suffering and the visual traces that it leaves behind is as important as ever. The artist/author has engaged with taking care and aiding house pets and other animals who are often the subject of human aggression or neglect. The project is based on her daily encounters with pain that has not verbal expression.

The methodology of the project combines different research methods, which belong to both art and various scientific disciplines. The interconnection of these two major areas – art and science, ultimately results in the creation of an image – eitherr a graphic or a sculpture that seeks to understand and expose the inner logic and structure of events. Or in other words – to create a trauma map. A map in which the substance of suffering becomes (a bit) more comprehensible by its translation into a visual language.

The project is supported by the Gaudenz B. Ruf Award.
Special thanks to Veterinary Clinic BG-Vet, Siana Petrova, Eric Osborn and Alexander Penkov.

********
Aksiniya Peicheva was born in Kyustendil in 1990. She lives and works in Sofia. Currently she is a post-graduate student at the National Art Academy, Sofia. She graduated the post-diploma program for young artists at ICA-Sofia (2017) ”Close Encounters – Visual Dialogues. School4artists”. She holds an MA (2015) and a BA (2013) in Mural Painting from the National Art Academy, Sofia.