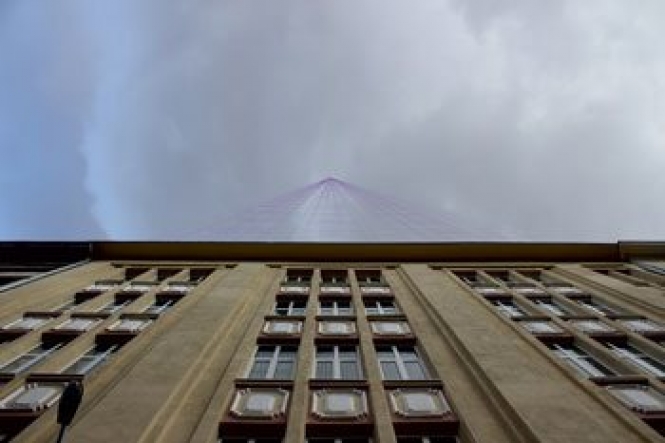 The BAZA award winner for 2014 is Zoran Georgiev

In 2004 the Brussels European Council approved the conclusion of the accession negotiations with Bulgaria and Romania. The borders in most European countries were open. Macedonia still doesn't have a candidate status. The country is shot through with corruption and nearly 40 percent unemployment. Macedonian citizens see a way out in Bulgarian citizenship, and hope that in Western Europe they will find a job. To get a citizenship, unless providing assurance of Bulgarian origin, the citizen must have a permanent address in Bulgaria. A very lucrative business starts. For a fee of 100 lev Bulgarian citizens ensure the foreigner's formal residence in their home. Apartments with more than 600 persons appear. A few years ago this was prohibited by the police. Instead, they enter a "fictional" work address on 6 Lege street. For several years, each new Bulgarian citizen who doesn't lives in Bulgaria has been registered at this address. By the end of 2011, more than 20000 virtual citizens were living there. Currently probably around 40000. If all these people gathered in this place, the building would be higher than 4500 meters. With this altitude it would be the tallest building on the planet. There are rumours that the ultimate goal of this project is to fit inside 2500000 persons which means that the height would be more than 100 kilometers. This would make the building on 6 Lege street the highest structure in our solar system.