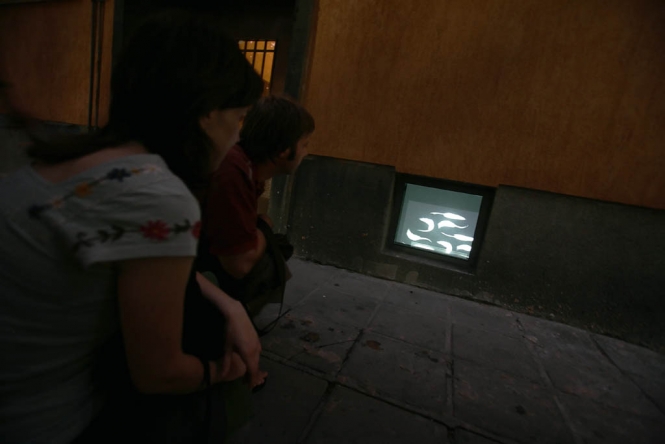 Peter Kogler (b. 1959) is one of the most successful Austrian artists. Among his numerous participations in international exhibitions are: The Venice Biennial in 1995 and documenta in Kassel in 1992 and 1997. He became known to the Bulgarian audience in 1999 with his site-specific work for the exhibition “Locally Interested” in the National Gallery for Foreign Art, Sofia.

”Rats” (2006) is a complex computer animation work based on the documentary video filming of a white laboratory rat. This video work (3:35 min, looped) is typical for the artist’s interest in transgressing the borders between the natural and the man-made domains, as well as for his investigation on the interaction between space and movement.