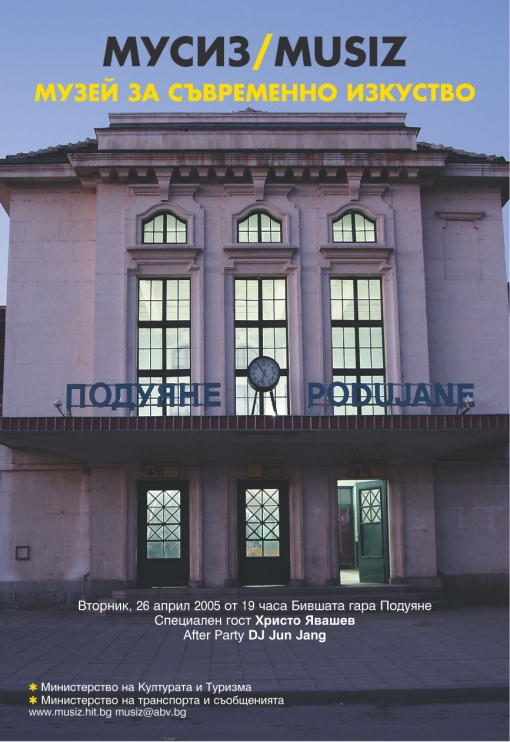 The museum provides a different way of looking at things. The point of view offered by the museum introduces a distance, it guarantees eternity for the exhibits while all other things are doomed to perish. To look through the museum window may mean to kill the living, the vague, the thing that happens, and to present yourself at the altar of God.

The museum is also a framework, a poignant, aggressive operation to remove the unnecessary and to fix your gaze only on what you have deemed significant. Why do we do that, it is not because we find a particular delight in removing living tissue?

Sofia is a delightfully alive, moving, chaotic, anti-museum city which constantly erases its memory. What will happen if we decide to experimentally look at it through the window frame of the museum? Of the museum that does not exist, our museum of our times and art?

Is it possible to use images, in order to exert civil and political pressure on the urban environment? Is modern visual art capable of being pro-active, of participating in the visual environment of Sofia in a way which will create an understandable and strong effect and will make visual interference last? What should be the position, or positions, of the visual activist?

This subject allows for wing on specific examples of visual interference in the urban environment of Sofia (installations, performances, individual or collective visual projects etc.), and on practical or theoretical models of visual activity to be copied, or used, by the others.